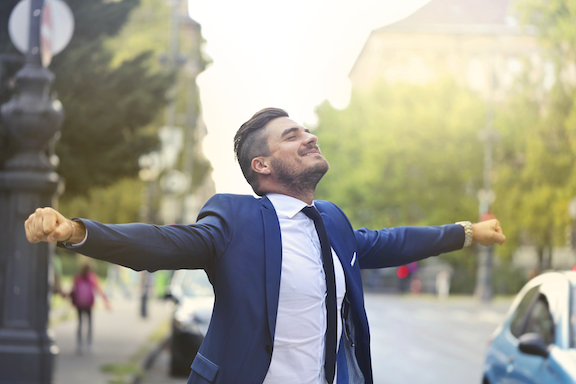 What I learned from a close friend and his 14-year-old daughter:

Are you motivated enough to reach the top regardless of your struggle? I witnessed the most amazing thing a few weeks ago. My good friend and his family, along with me and another friend, decided we wanted to tackle a 14er. I

have never been to a summit that was more than 14,000 feet high and wanted to see what that was like. It was 5:30 am on a Saturday and my iPhone that was sitting on my night stand started to sing and vibrate. It was time to get up and get the day started. I rolled out of bed and grabbed a cup of coffee as I started packing for that day’s adventure; an adventure that I have never attempted.

As I was sipping on the hot coffee I started going through my closet wondering what people wear that climb to the top of a mountain. What was the temperature going to be and what was I willing to carry with me on my back? I have heard to wear layers because it can get cold, so I put on some comfortable clothes and packed my warm shirt, sweat shirt, gloves and a hat. I threw it all in my pack with my water and grabbed some snacks before headed out the door. My friend and I arrived close to the same time. We were sitting in a carpool parking lot near the foothills in Colorado. We were waiting for Shawn and his family to arrive, talking about what to expect when we started our hike. We were both excited and nervous for the day. Shawn finally pulled up behind us in his pickup and we threw our packs in the bed before opening up the door to jump in. As I opened the door, I was surprised by his 14-year-old daughter, Delaney. I was not expecting to see her, and got excited when I was told she was coming along. What a great experience for her. I was thrilled to be part of that.

The five of us drove up to the mountain together. During the 45-minute drive, I discovered that Delaney was not feeling well, but she was excited for the long hike. As we drove up the access road we started seeing people park on the side of the road. We were a mile and half down the road from the parking lot and the start of the trail. It was a busy day, so we briefly discussed our options and decided as a group to just park and walk up the hill. After walking 45 minutes we made it to the start of the hike. I could tell this was going to be harder than I expected.

We walked for about two hours before we reached what we thought was the half way point. I could tell Delaney was struggling a little, but she wanted to continue on. We walked for maybe another 30 minutes and she was done. We took several breaks but she was tired and did not want to continue. Looking up the top seemed so far away, so I understood why she wanted to quit. By focusing on a goal that was much easier to hit than the top, Delaney got up and continued on. Each time we hit a goal as a group, we took another break. This went on for a while before she decided not to get up for the next goal. By this time, we were getting pretty close to the summit and the rest of us really wanted to get there. We also did not want to leave someone behind. Shawn convinced us all to move ahead and that he would talk to Delaney. The three of us headed up.

Before we would get out of their site we turned around and saw that she was up and walking. Not wanting to pressure her, we did not give her any words of encouragement; as we had already done that a lot through the morning. We decided to stay ahead of them and let Shawn do whatever it was he was doing to motivate his oldest daughter. We kept walking while looking back to check on them. Each time we looked back she was slowing moving along in obvious discomfort.

We made it to the top and looked down the other side of the mountain. The view was amazing. We were literally in the clouds looking down on the world. The feeling of accomplishment I felt is almost indescribable. I took a drink of water and walked back to look down the path I had just came up. As I looked down, I saw a 14-year-old girl fighting for every step. She was in pain and was having trouble breathing in the thin air 14,000 feet above sea level. I looked over at her mom, full of pride, yelling down to her daughter. Yelling that she was on the top and that they were almost there. “Just come to me and you are done!”

As she got closer to the top, I took a few steps back, ready to watch her reach her goal. I took out my camera and witnessed an amazingly-special family embrace that I will never forget. She did it!

We rested a while at the top and I could just see the pride that Delaney felt. I could see the pride in her parents too. This was special. As a storm moved in, we moved out, starting our long hike back down. It was snowing and cold and our muscles hurt. Coming down was much harder for me than going up. As we got close to the bottom, I asked my good friend how he was able to motivate his daughter. I had to know! He responded like it was no big deal. He said that he told her he was with her no matter what. We were all going to the top but he was staying with her. He said that he would like to keep going and felt she was strong enough to do it, but whether they succeeded or failed, they were in it together. She did not want to let her dad down so she kept going.

How cool is that? The motivator was so unselfish. It was not a guilt trip; it was what Shawn honestly felt. He has a great relationship with his daughter and was not willing to leave her behind. He understood if she wanted to finish or not, although he was hopeful she would see her goal through. There are two struggle lessons in my experience up the hill.

Shawn, the more I hang out with you the more I learn from you. You are an amazing business man, husband, father, and friend!