Given A Wink from the Universe 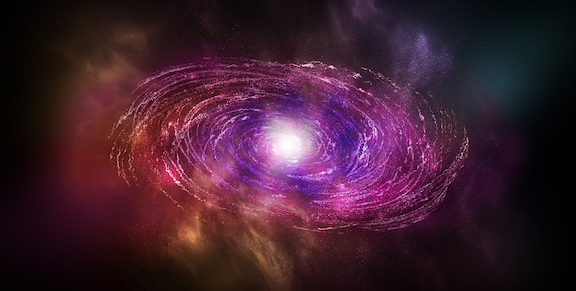 Things work out perfectly sometimes in a wink from the universe.

Like when you arrive at the platform just as your train is pulling into the station. Or when you’ve got the exact right amount of change in your pocket for the parking meter. Or when you’re standing in line at the grocery store and you meet your future husband.

Stuff like that. Right place, right time in the wink from the universe.

Change one tiny element, and your whole life might be completely different.

For a fleeting moment we feel like something special occurred, like fate, or serendipity. Of course, we inevitably brush it off as chance or coincidence.

But when such an event saves your life, it gets a little bit more difficult to call it blind luck.

Like during my first year of university, when I found myself in the wrong place at the right time.

My relationship with my mother was strained, to put it diplomatically. It often felt like constant arguments and relentless tension, with only enough respite in between so that we could catch our breath for the next round.

After years of tolerating her guilt trips and ridicule, the last straw came when she issued me an ultimatum. It was either her way or the highway.

I chose the highway, as anyone who knows me could easily predict.

That very night, as I left the house with everything I owned, she vowed to never speak to me again. No problem, I thought. At last, we saw eye to eye on something.

But despite my bravado, for the first time in my life I felt lost, alone, and confused. It was an emptiness I’d never felt before.

In an attempt to escape these new sensations, I agreed to take a road trip to Nova Scotia with my boyfriend.

Somehow, we scraped together just enough cash to do it, and with a car full of snacks, mix tapes, and youthful hope, we rode east on the open road. It’s hard not to think about your problems during a 24-hour ride in a cramped two-seater, but I did my best.

Once we arrived, I successfully managed to forget all the problems waiting for me back home. For one blissful week we visited his family members, took in the beauty of the province, and indulged in all the east coast food and drink we could handle. I loved every minute of it.

The day we were supposed to leave, the weather was beautiful.

As I sat in the passenger seat and stared out the window, I couldn’t stop thinking about all the great times I’d had over the last week. Dancing with my boyfriend’s uncles at a down east kitchen party. Devouring so much fresh seafood our stomachs hurt. Stunning scenic hikes that took my breath away. I hadn’t felt this way in a long time. Happy.

But as night fell, the weather changed, and my mood with it.

A dense fog appeared, seemingly out of nowhere, and cloaked the road in a thick vale of grey. Very quickly, I a wink of the universe the world felt dark and desolate. Our headlights stabbed out into nothing. We were alone in the world.

Now, in a wink of the universe, with no distractions, all I could think about was my situation back home. Did I make the right decision moving out? Would I ever speak to my mom again? Could I ever shake this feeling of emptiness and loneliness? I suddenly felt so sad and-

BANG!!!!!! I was rudely startled out of my rumination.

“I can’t control the car,” my boyfriend yelled, desperately trying to steer.

“What’s happening?” I screamed as the car swerved and drifted sideways. The tires screeched. Rocks, dust and dirt swirled all around us.

“Brace yourself!” he yelled.

I’m going to die, I thought.

We came to an abrupt stop, a cloud of dust settling around us. A friend of the fog.

My boyfriend was slumped over the steering wheel.

“Are you OK?” I asked, my voice trembling and frantic.

“Yes, I’m pretty sure we blew a tire,” he mumbled.

I breathed a sigh of relief. But it seemed our troubles weren’t quite over yet.

“I don’t have a spare. I just replaced these tires so I took the extra tire out to fit our bag.”

“What are we going to do? We’re in the middle of nowhere,” I said, panicked and scared. I looked out the window but the fog held no answers.

“I have no idea,” he snapped, and then opened his door and walked to the front of the car.

I joined him. We sat on the hood in silence.

“Maybe once it gets light out we can flag a car down to help.”

“Are you guys OK?” a voice suddenly asked from behind us.

Startled, we screamed and jumped off the hood, turning to confront our murderer.

“I’m so sorry! I didn’t mean to scare you,” the equally startled stranger explained.

“Oh my god! Where did you come from!?” I shrieked.

“Nowhere,” he answered cryptically, “but I’m heading to the next town. Did you want me to call a tow truck for you?”

“Yes, that would be great,” I said. Though I was starting to feel relieved, I still wasn’t convinced this man wasn’t going to pull out a machete or something. It’s an odd mix of emotions.

“Don’t worry. You’re safe now.” He smiled, and then turned and disappeared into the fog.

Baffled by his unexplained appearance (and disappearance), we did the only thing we could: Stare at each other in silent disbelief.

Fifteen minutes later, two streams of light sliced through the fog and found us by the side of the road.

It didn’t seem possible. The next exit was over 40 minutes away by car. How did that peculiar stranger get there so quickly?

This night had gone from beautiful to scary to weird.

“Blew a tire, I heard,” the tow truck driver yelled as he walked towards us.

“It was a pretty lucky coincidence, if you ask me,” he remarked.

“Excuse me?” I replied, confused.

“You didn’t hear about the pile up?”

“The fog is so thick past the next exit it caused a massive car pileup. If you didn’t blow your tire you probably would have ended up in that crash.”

I shuddered at the thought. Who knows what would have happened to us?

Before long, the tire had been fixed and we were back on the road again.

Hundreds of miles later, I still couldn’t stop thinking about what had just happened.

I had never really paid much attention to coincidences. Like most people, I’d dismissed them as chance or luck.

But this felt like so much more to me. I felt like I’d personally been given a wink from the universe, and I just couldn’t ignore it.

The fog lifted that day, and so did my feelings of confusion and loneliness. I’d been so upset, wondering if I would ever speak to my mom again, and without that tire blowing I may never have had the opportunity.

The fog and the tire, two seemingly unrelated coincidences, had come together and created a life-changing moment for me.

My relationship with my mom has never been easy, but I did make up with her once I returned from that trip.

And from that day forward I paid much more attention to these “random,” unexplained moments.

A phone call from a long-lost friend I’d been thinking about, a timely financial windfall when I needed it most, a seemingly random meeting at a social event that lead to the perfect job opportunity.

Simple, amazing moments that together create something complex and beautiful, and guide me through this crazy life.

To quote one of my favorite authors, “Coincidence is the language of the stars. For something to happen, so many forces have to be put into action.” Paulo Coelho

I’ve got my ear pressed close to the ground.